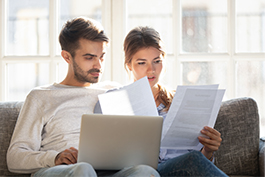 Whether you need me to speak for you or stand beside you, my goal is to help you get through this chapter of your life as smoothly as possible.

Introduction There are five types of domestic contracts that are permitted in Ontario, as set out in Part IV of the Family Law Act (FLA):

Cohabitation agreements are usually entered into by unmarried couples. They can be signed before they start cohabiting or while they are doing so. They can be stated to become marriage contracts if the parties subsequently marry. They can deal with all financial aspects of their relationship, including rights and obligations on its termination, but not custody or access.

These can be entered into prior to marriage or after marriage but before marriage breakdown. The same limits that apply to cohabitation agreements apply here.

The following issues can be dealt with in a marriage contract:

However, a provision purporting to limit a spouse’s right to possession of the matrimonial home is unenforceable, as are any other restrictions of a spouse’s rights under Part II of the FLA.

They deal with all rights and obligations arising from the relationship and its breakdown, usually on a permanent basis.

A paternity agreement is usually required in situations where the biological parents of a child, who are not married, are ending their relationship with one another. If the parents cohabited and then separated, a separation agreement would be required instead.

The purpose of a paternity agreement is to set out the decision-making authority of each parent regarding the child’s needs. In making these decisions, the parents should consider the child’s best interests. Decisions include custody and access and child support. Child support issues will often address monthly child support, child-care costs, extra-curricular activities, and postsecondary education.

Before any arbitration proceeding may commence, both parties must give their consent to participate by signing an arbitration agreement.

This agreement stipulates that the parties waive the right to litigate the matter in court and sets out the conditions surrounding the arbitration, including

Any determinations made by the arbitrator are incorporated into an award, which binds both parties and is legally enforceable. The conditions for enforceability are set out in s. 59.6(1) of the FLA.

They must be in writing, signed, and witnessed.

Independent legal advice (ILA) is not a formal requirement but is highly advisable to prevent challenges to the contract on other grounds.

CAN YOU CHALLENGE A DOMESTIC CONTRACT?

Do you wish to Challenge Domestic Contract – Speak to Me!